When it comes to choosing LED yacht signs from Lumenautica, their LED Yacht Signs are the definitive solution for cost effectiveness, Light output and ease of installation.

Advances in LED Technology mean Lumenautica have been able to integrate an even higher quality LED into their product.  This integration means 3 great things.

An increased efficiency means that a typical yacht name for a 30-50m yacht will now only draw around 40-50w of power which is a great saving, especially for smaller, sub 30m boats.

A typical LED yacht letter from Lumenautica will consist of a 10mm, CNC cut, Opaque acrylic backing letter with a laser cut, 3mm Mirror polished 316 Stainless steel top letter which sits flush with the backing. Letter fronts are bonded in place with a superior ‘non silicone based’ adhesive sealant. The edges of the stainless steel letter come polished as standard. Lumenautica can produce LED yacht signs and lettering lettering from as little as 90mm high and up to 2m in height for single letters.

Some large lettering projects are manufactured with solid stainless steel front letters CNC machined up to 50mm thick with a choice of fascia designs and profiles. These letters may be backed with opal Plexi up to 30mm thick.

Typical fixing detail of Lumenautica LED yacht lettering will usually consist of 3 to 4 threaded studs mechanically installed into the back of each letter. The thread diameter and location is factory determined by the size and weight of the letter. The length of the threaded stud is determined by the yard or the end user and they must be long enough to pass through the superstructure or transom skin allowing an extra 20mm for nuts and washers.

NO INTERNAL ACCESS: Custom fitting methods can be supplied to suit fast & frequent letter removal or areas of minimal internal access. Utilising Lumenautica’s External Mounting System (EMS) Letters can be mounted to the yacht from the outside and there is No need for internal access.

Lumenautica’s LED yacht Signs will typically come with 1 x flying wire lead per letter which will be sufficient enough in length to route to the supplied Lumenautica control gear location. For larger projects, miniature inline connectors can be used meaning cables can be pre-installed, furniture added and access sealed off, then letters can be connected later. The inline connector also guarantees ease of removal when it comes to re-sprays.

Final wire lengths are factory determined with the help of project managers and crew on board. The supplied LED system from Lumenautica now operates at 9v DC. Whether your on-board supply is 12v / 24v or mains voltage, Lumenautica can cater for all with their custom IP67 housing with integrated power supply and easy connect junction box which can be supplied as dimmable or non dimmable versions.

Unlike other versions of LED yacht signs and lettering, Lumenautica pride themselves on the quality and consistency of their light output. Inferior versions are often seen with bright spots and low spots of light. In some cases the actual LED’s themselves can be seen with an almost ‘Christmas tree’ lighting effect. LED lettering from Lumenautica emits a superior glow of illumination with a homogeneous continuous halo of light.

The quality of the new LED boasts an increased CRI level to around 85CRI and each LED is tightly colour binned allowing for a simple colour match years down the line.

A Different Shade of White

The beauty of LED yacht signs is the choice of vibrant colours available. Superyachts these days are LED colour conscious and Lumenautica are proud to offer four different shades of White Light, Warm White, Daylight White, Cool White and Halide White to be able to match the existing on-board lighting shade for a seamless lighting effect. Alongside these there are numerous static colour and RGB colour changing LEDs available too.

Please peruse the yacht lettering styles page to see a selection of styles available with LED illumination. If you don’t see a style to your liking, then no problem, please contact the team today to discuss your specific project requirements. 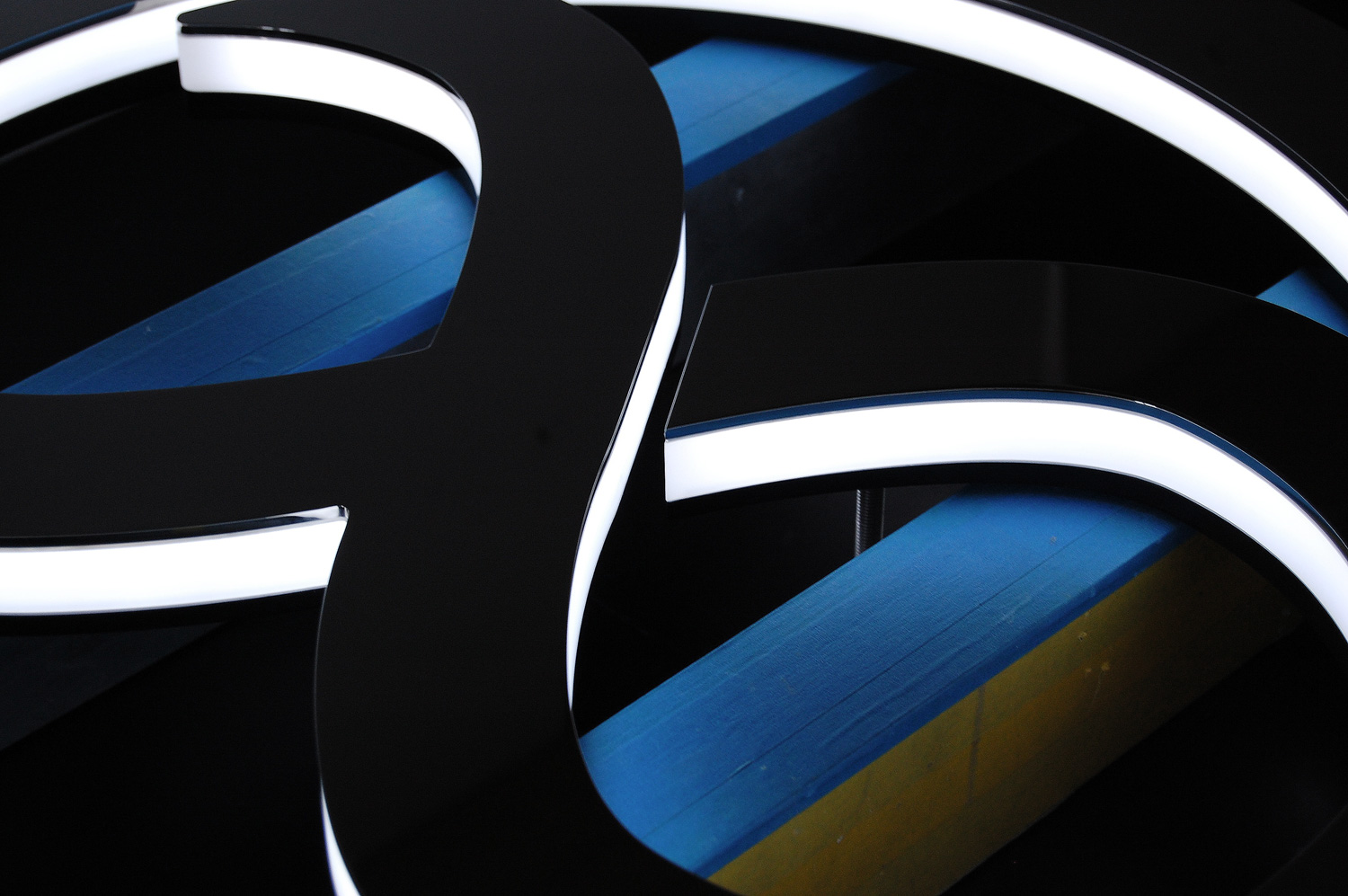 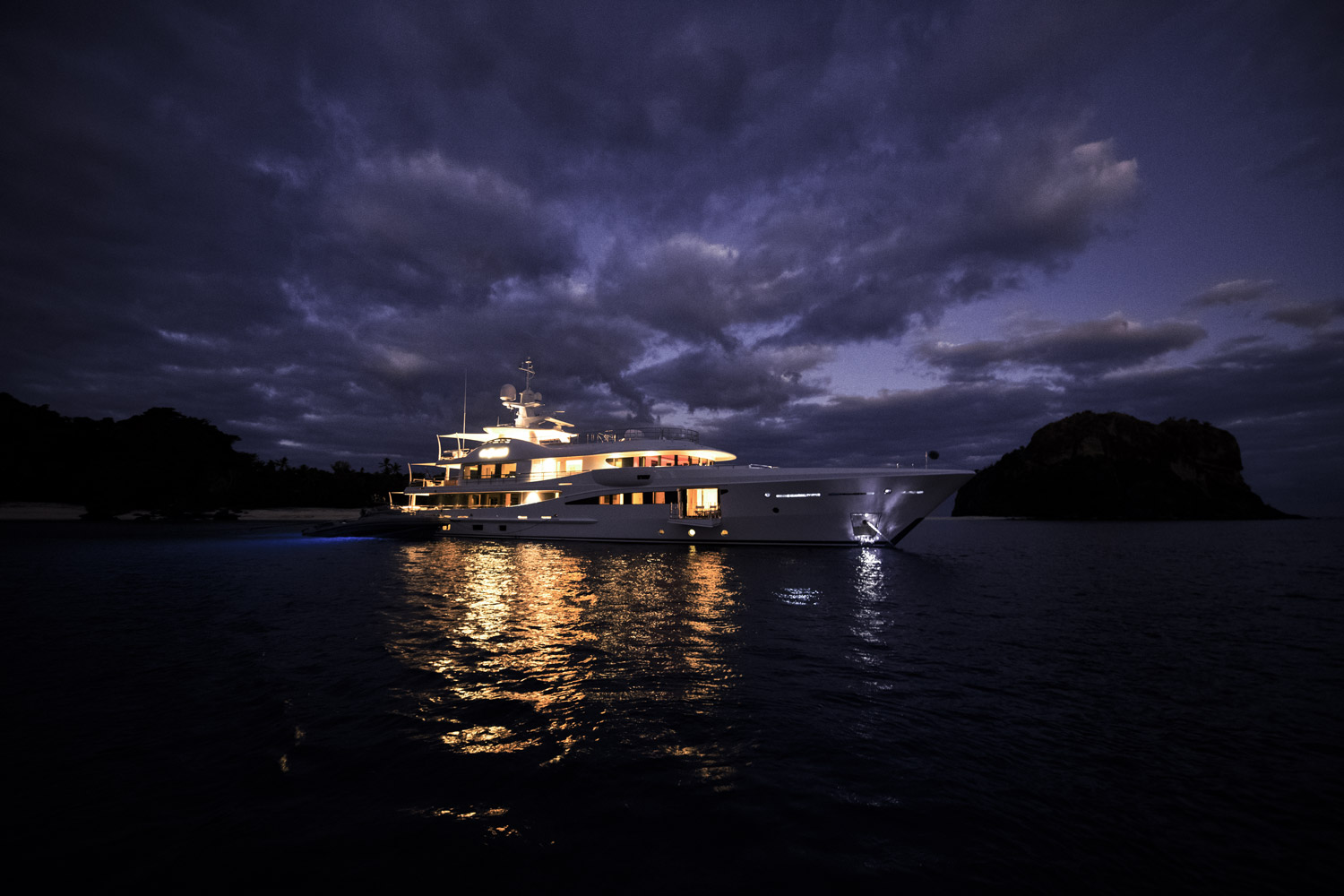 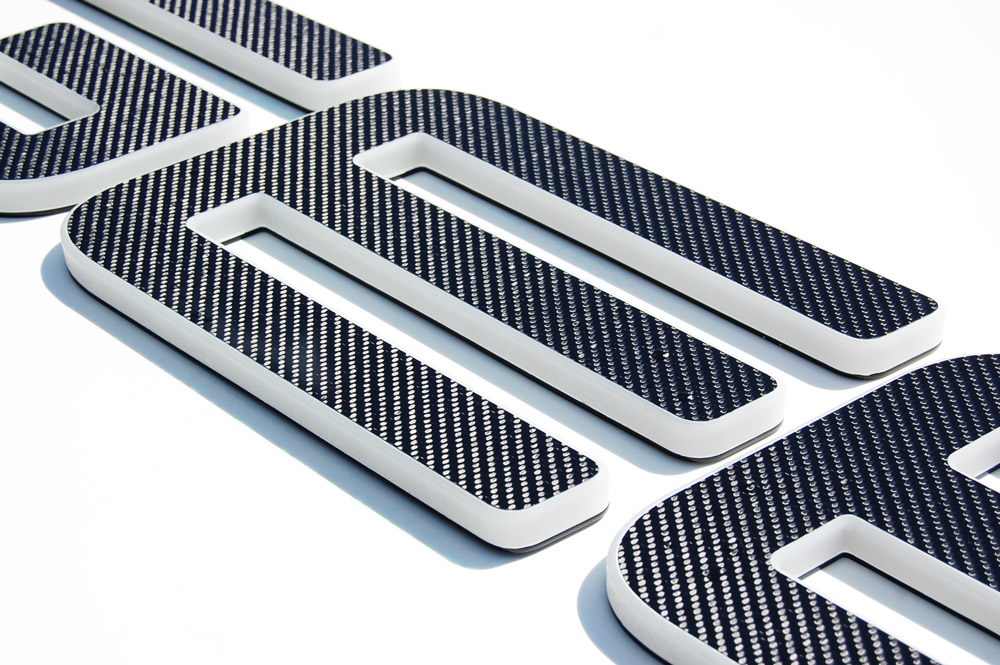 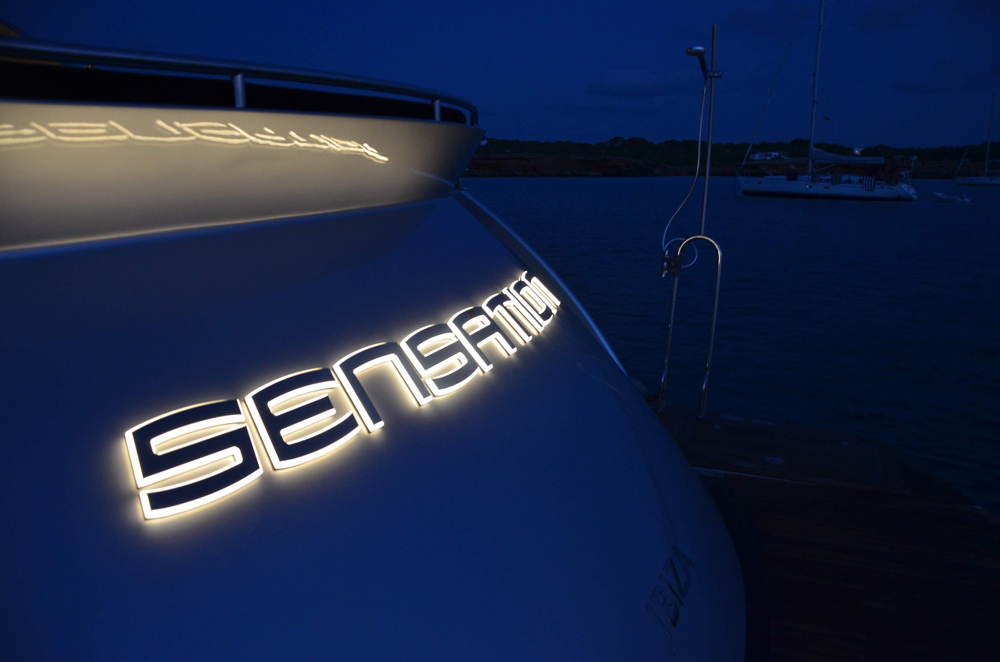 Sensation – Pershing 72 One of our later projects, M/Y Sensation –...